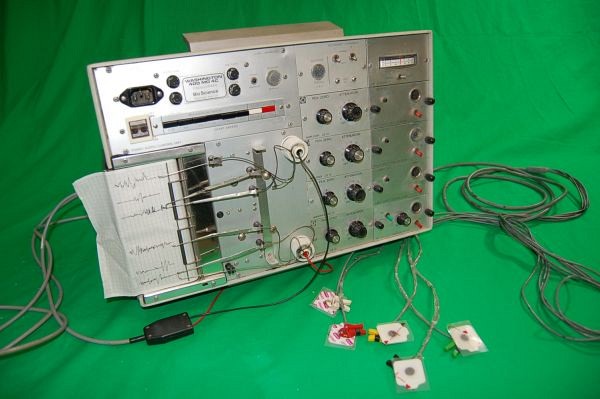 Ideal for use as a lie detector prop complete with electrodes and wires. (non practical)

What is a Lie Detector Test?

A lie detector test is, in effect, a medical instrument which measures changes in the autonomic nervous system.

For instance, when a human being is frightened, or has a sudden shock, the body floods with adrenaline to help prepare for the "emergency". In other words, we prepare for "fight or flight". This reaction is beyond our control as it is part of the autonomic defence system.

There is an autonomic reaction when telling a meaningful, important or dangerous lie, as that statement is in effect a defence mechanism against a truth that is perceived as potentially damaging. The body has various internal reactions.

These physical responses are often unseen reactions as we have all become so expert at lying. A "bad liar" is someone who is found out when they tell a lie - usually because they blush or stutter and their eyes give them away. A "good liar", or a well practised liar, usually knows how to behave when telling a lie. The good liar will look you straight in the eye and will not blush.

The internal, autonomic reactions are still happening inside, and it is those which the Lie Detector Test will measure.

Discover the world of antique scientific and medical props.